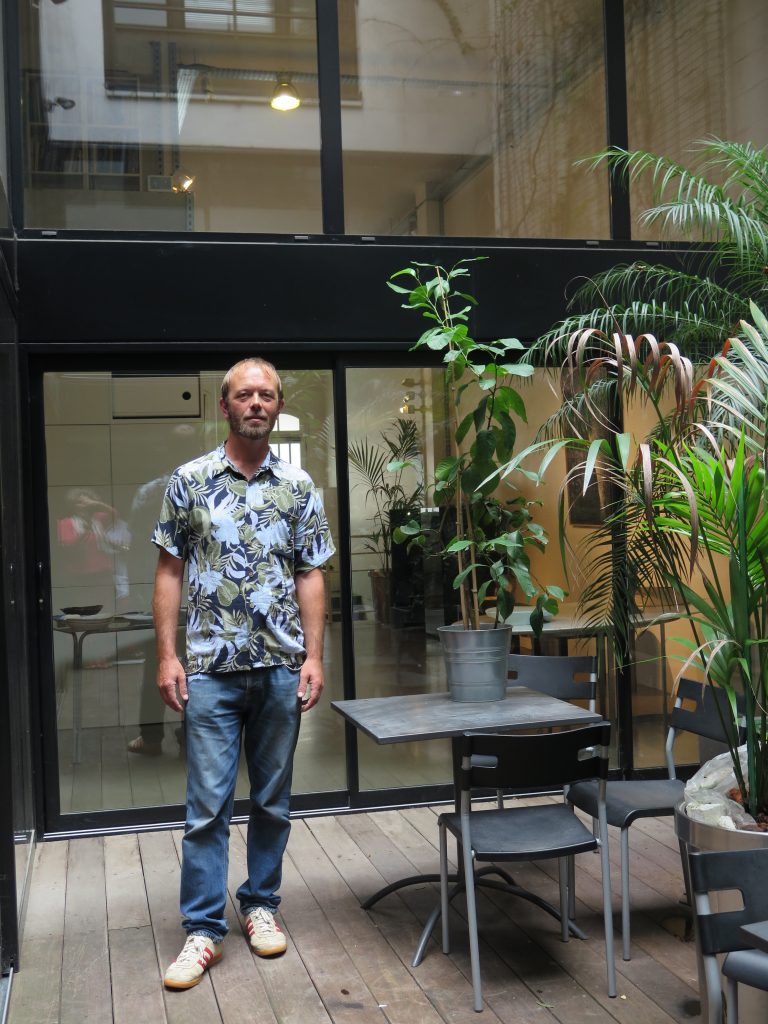 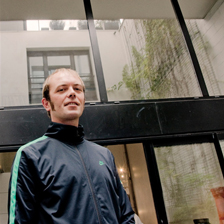 Stoneware and porcelain
Daniel Fisher’s dialogue with clay is an expansive one. His attitude to it seems remarkably unhindered by history; his fascination in the material is perhaps more rooted in its elemental properties and the challenge and testing of these, than in the story of ceramics per se. Though he sees himself as part of a tradition, he regards that tradition as a liberating rather than inhibiting legacy. As he wrote to me: « there is something quite awe inspiring about an ancient pot dug from the ruins of some ancient civilization and its possible function and story ». While Fisher is difficult to categorise (after all these are hardly conventional pots), his work does help us to broaden our appreciation of the sculptural. This is in part because Fisher releases the finite form evolved on the wheel by manipulating the clay after throwing, so that an entirely new object and dynamic come into being. With their distended walls and rims, squeezed and rented, these containers – large and small – achieve a new kind of physicality. And while Fisher’s pots can be monumental, his attentive response to the complex constitution and character of clay results in work of unusual delicacy and sensuality.
Though his forms still preserve something of the instilled balance of the wheel, his subsequent handling will result in significant deviations of form. With their often creased and rippled surfaces, these bowls not only lose their spherical or elliptical regularity, but the clay can take on an almost paper like quality. The outcome is an enclosing membrane of expanding and contracting tension, created by his intense kneading, pressing and stretching and the bodily changes from firing and cooling. This freedom of approach explores the wet elasticity of the clay, but also gives the object a new expressive charge. The whole process of material metamorphosis, the alchemy that clay undergoes, totally absorbs Fisher. These actions are an end in themselves, but the more one investigates the chemistry, the more elusive it becomes. And there can be a wonderful ambiguity in the result. Because much of that visual plasticity is preserved in Fisher’s pots, they express not just the bonier tensile strength of a body now « hard and eternal », but a structure that can also look, rather paradoxically, fluid and impermanent.
So, if Fisher is Michael Cardew’s « mud and water man », then he is his « fire potter » too. Each stage is of equal importance in what is effectively a performance art without an audience. Because Fisher likes to expose the inherent beauty of his materials, his decorative approach is structural, with glazes, if needed, added during throwing – another aspect of his wholly integrated making philosophy. A pot may begin on the wheel, but his method of then attaching « the blank » to a hanging turntable and drawing and distending the form with his hands can give it quite a new directional lift when complete. These modelled modulations instil a more frenetic energy, very different from that of throwing. He creates walls of intriguingly varied thickness. In his porcelain, these can be wafer thin – irregular films of the opaque and the luminous. Splits and tears can often occur, resulting in an interior/exterior interaction and unity. Surfaces are no longer separate skins. These are often worked, it would seem, to the point of collapse, but when Fisher is successful, he creates a new ceramic landscape of great beauty.
Though Fisher is interested in a pot’s homogeneity with a formal and sensory consideration given to its constituent parts (the well and the rim, the walls and the base, the way it stands, and so on), that ambiguous quality I have touched on takes his work beyond this orbit. Because of their free structures, their shifting rhythms and changing depths, they allude to infinitely bigger things. We are back to those grand elemental aspects of our universe, about which Fisher is so passionate, and his pursuit of these give him a framework for work and living. The sculptor Brancusi talked about the « reanimation of matter ». Surely Daniel Fisher is doing much to reanimate his clay and is succeeding in his bid to use a language by which he can « try and communicate on a level other than with words. David Whiting